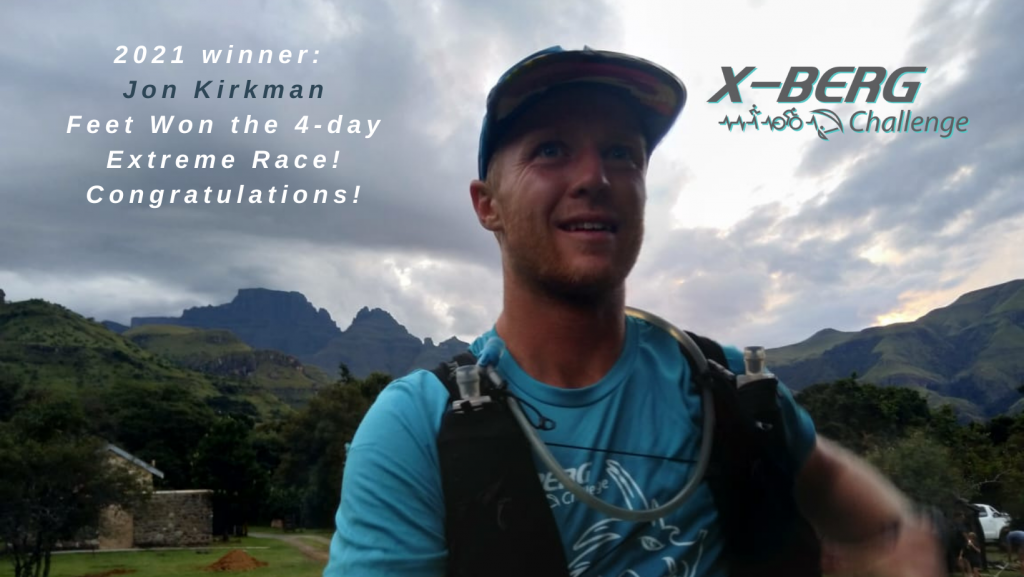 Twisted Sisters... the Inside Story

And they’re off! 1st day of the X-Berg Challenge 2021 Extreme Race
The X-Berg Extreme race began bright and early at 7am on the 18th of March 2021. Athletes, organizers, and support crew gathered at the Drakensberg Brewery, watching the sun crack over the mountains while sipping on fresh, steaming cups of coffee and hot chocolate from the Chocolate Bar.

The morning presented fantastic weather. The mountains lit up as a hot air balloon gently glided the sky above, a good omen for the start of the race.

All athletes turned their SPOT live tracking devices on with fresh Eveready batteries, bid their supporters and family member’s farewell, and lined up behind the X-Berg starting point. The racers showed a mix of excitement, apprehension, and quick bursts of adrenaline.

The countdown began. Three. Two. One. GO! Cheers, claps, and good wishes filled the air as the athlete’s footsteps, and cycling wheels, reverberated across the landscape.

Paragliders and runners headed towards Jacobs Ladder in the stunning Ezemvelo KZN Wildlife park, while the cyclists raced to reach turn point one above Drakensberg Sun. Shortly to follow were trail runners Robyn Johnson and Jon Kirkman.

Paragliders missed their chances to fly, except for Ben Arnold, who managed to glide past Valley of Pools and make up at least 10 kilometers, landing 5 kilometers short of Mike’s Pass.

The athletes continued on their way to reach the next turning points, stopping to rest for the night just before 10pm.

The final leading board follows as such: Jon Kirkman in the lead, Robyn Johnson and Stephane Van Rooyen closing in on second and third, and then Ben Arnold.

Extreme Race Day 2
Five in the morning brought a new day to all X-Berg Challenge Extreme athletes. Bright and early, Jon Kirkman arrived at the turn point located at Cathedral Peak Hotel (near Didima Lodge). After a quick and refreshing dip in the river, his support Emma Kirkman made sure he was fed and geared up for the day ahead.

Ben Arnold was spotted flying past Orange Peel Gap in the morning, landing on the escarpment. Robyn Johnson was close behind on foot, re-supplying near the hotel after reaching the turning point.

Justin Anderson turned heads when he managed to fly all the way to Monks Cowl, landing perfectly to reach his support and suddenly taking the lead! Following him were paragliders David Scott and Jeremy Holdcroft who managed to take to the air, but unfortunately were not able to land as far ahead as Justin.

Stephane Van Rooyen was still cycling strong with Andre Swanepoel making his way through the mountains.

Tensions kept creeping higher as Justin Anderson and Jon Kirkman were fighting for the lead. Jeremy Holdcroft and David Scott were battling for a close third and fourth place, followed by Stephane Van Rooyen.

All athletes continued through the night, stopping for the 'forces rest' period for a good and well-deserved nights rest. We’ll see what happens next on the third day of the X-Berg Challenge Extreme race! Will it be runners, cyclists, or paragliders who take the first prize and become the true champions of the Dragon!

The third day of the X-Berg Challenge Extreme race saw organizers and supporters rushing to the finishing line in the early hours of the morning to welcome paraglider Justin Anderson! Justin finished the last leg of his race on foot, but unfortunately missed turn point 6 and 7 in the air by a mere 1.5 kilometers as his GPS gave out just before take-off. While he was essentially the first to complete the course, his mistake cost him first place and he was scored to the last turn point he made.

Following closely on foot and passing the finishing line in the morning of the 20th was trail runner and the X-Berg Challenge 2019 champion Jon Kirkman! His speed and determination crowned him as warrior of the mountains and dragons again this year. Well done Kirkman!

As the day continued and the sun rose higher, illuminating the astounding mountains that margin the Drakensberg Brewery, paraglider Jeremy Holdcroft crossed the finish line as the first paraglider and second overall athlete to complete the race. Jeremy has entered the X-Berg Challenge for 7 years and has never completed the course, so this feat is tremendous. Congratulations Jeremy!

Placing third was paraglider David Scott who managed to keep moving his swollen and blistered feet past the finish line, earning him third place overall and second in the paragliding discipline. A huge congratulations to David who has never competed in the X-Berg Challenge before. Well done Dave!

Following Scott was mountain biker Stephane Van Rooyen who trudged in bogs, trenches, and streams, and trekked up towering cliffs with his bike. Cycling is no easy task when traversing these peaks, and we’re extreme proud of Stephane for placing 1st in the mountain biking discipline. Unfortunately, Andre Swanepoel tapped out of the race, but being the second furthest mountain biker he still makes his place on the champion list. Well done Andre!

And finally, the only woman to have entered the X-Berg Challenge 2021 Extreme race, Robyn Johnson crossed the finishing line in the afternoon. Robyn has never run longer than 30 kilometres in one go before and only meandered these mountain passes a couple of times on our training weekends. Congratulations Robyn and all the fabulous athletes who participated in the 4-day Extreme race!

At quarter to 7, 21 trail runners, paragliders, and mountain bikers lined up below the banner in a fusion of apprehension and excitement. Three. Two. One. GO!

All athletes meandered through the mountains, following their chosen trails to reach the pre-determined turn points. Runners quickly took the lead as paragliders scoured the cliffs to reach a take-off point. Neal Bernhardt, Peter Joughin and Jean-Pierre Joubert were some of the first athletes to reach turn point one. Cyclists were forced to ditch their bikes and run a short section to reach the first turn point. The Mudflaps team (Dixon Odendaal, Jaco Botha and Jan Maritz) were pushing hard and did incredibly well on the day! Kevin Mitchell attempted a solo mixed class but retired from the race early due to an injury. Solo cyclist Mark Wadley and Firoz Limalia battled it out pressing ahead at a phenomenal pace considering the terrain and each one's chosen route to get to the race turn points.

After a long day of running, cycling and, unfortunately for the paragliders, hiking, the X-Berg Challenge Mini competitors called it a day, with some finding caves for sufficient shelter.

The final day for the Mini Race

Sunday the 22nd of March brought a new day and, luckily, new weather! With the sun beaming down, many paragliders were able to take to the skies. However, the tenacity and strength of trail runner Jean-Pierre Joubert brought him across the finish line as the overall winner of the X-Berg Challenge Mini. Well done JP!

Coming in on a close second was trail runner Peter Joughin, who also happened to win the prize of the worst legs after scrabbling through some brambles. Congratulations Peter and we hope your legs have a smooth recovery.

After a successful flight down the valley, Brandon Orpwood crossed the finish line as the third overall winner and first paraglider. At the age of 24, we’re extremely impressed with Brandon’s skill and dedication. Well done Brandon!

Mark Wadley came racing in 4th overall on his mountain bike after a grueling 2 day ride on cattle tracks, dirt roads, being soaked in a afternoon thunder storm and impressive navigating! His recce trips and preparation clearly paid off and we congratulate him on a fabulous performance!

Following Mark over the finish line was paraglider Johan de Bruijn, making him the second paraglider, and then Kathryn Fourie on foot who earned third place in the trail running discipline. Reaching the finish next was paraglider Mark Millar, then team Ojekamanzi Warriors which consisted of the lovely ladies Roxanne Vale and Dawn Nunes.

The afternoon welcomed team Bietije Trap, Bietije Stap (Ernie Weyers & Jonathan Jones) as the very first to cross the finish line in the mixed discipline class, followed by cyclist Firoz Limalia as the second mountain biker to complete the race. Last to finish but certainly not least, teammates Kirsten Arnold and Michelle Theron crossed the finish line in style. An absolutely amazing accomplishment.

Further afield team Twisted Sisters cycled a brutal race completing the majority of the route before the cut off time forced them to stop the race – truly remarkable!

We congratulate all athletes of the X-Berg Challenge 2021 Mini race! Whether you completed the course or not, each and every one of you are winners. We thoroughly look forward to next year’s challenge and hope to see you all again. 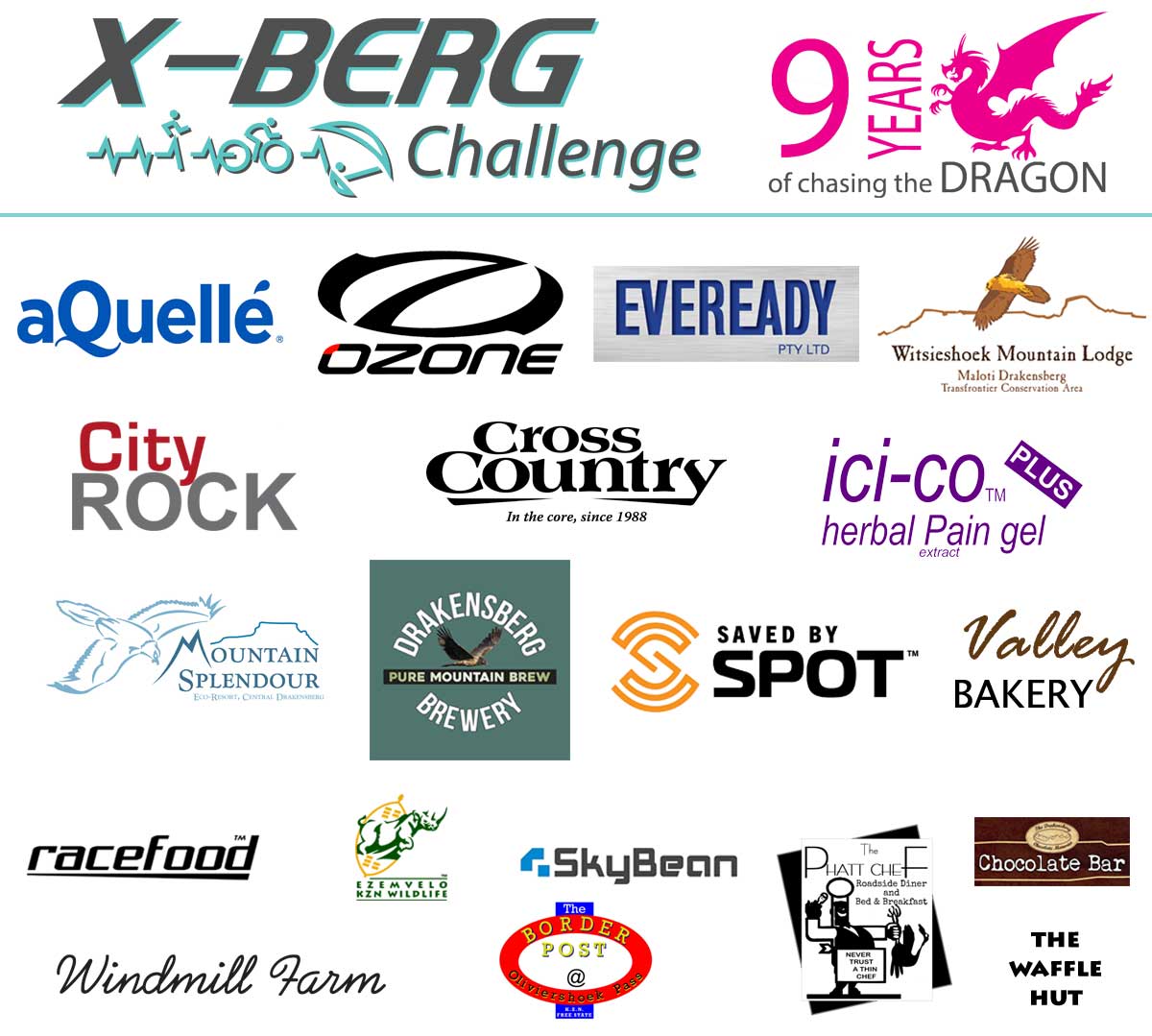