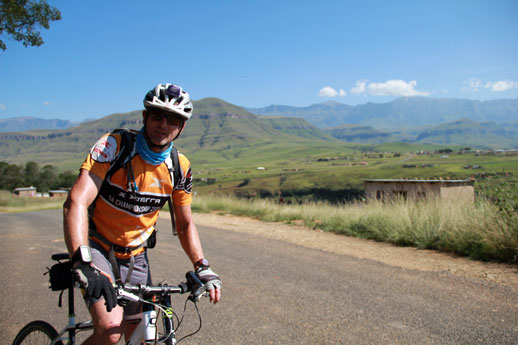 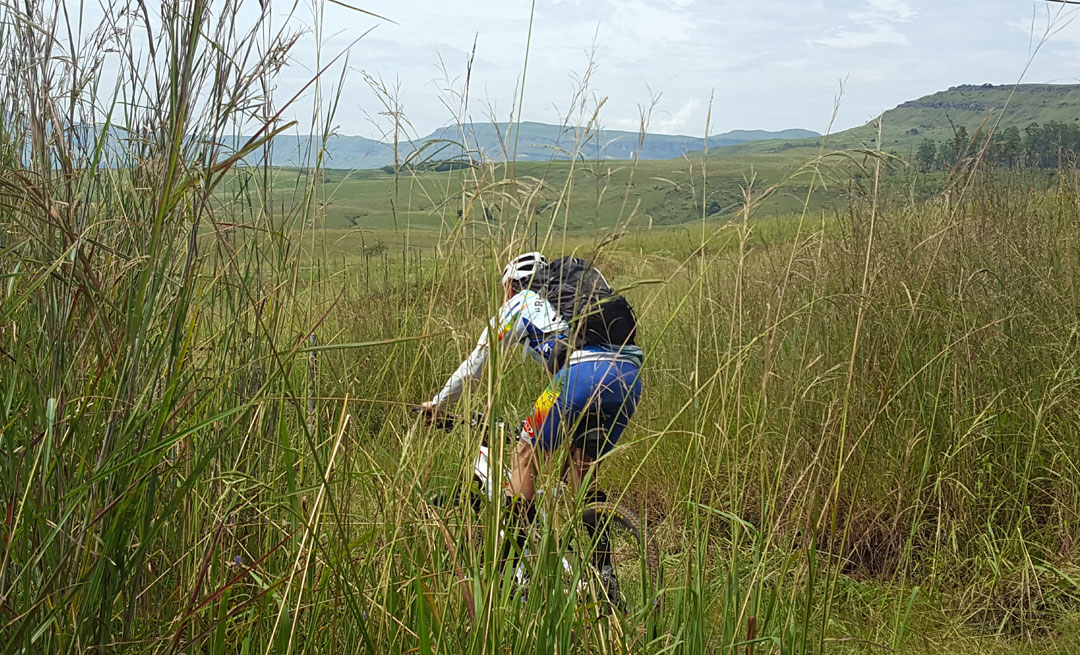 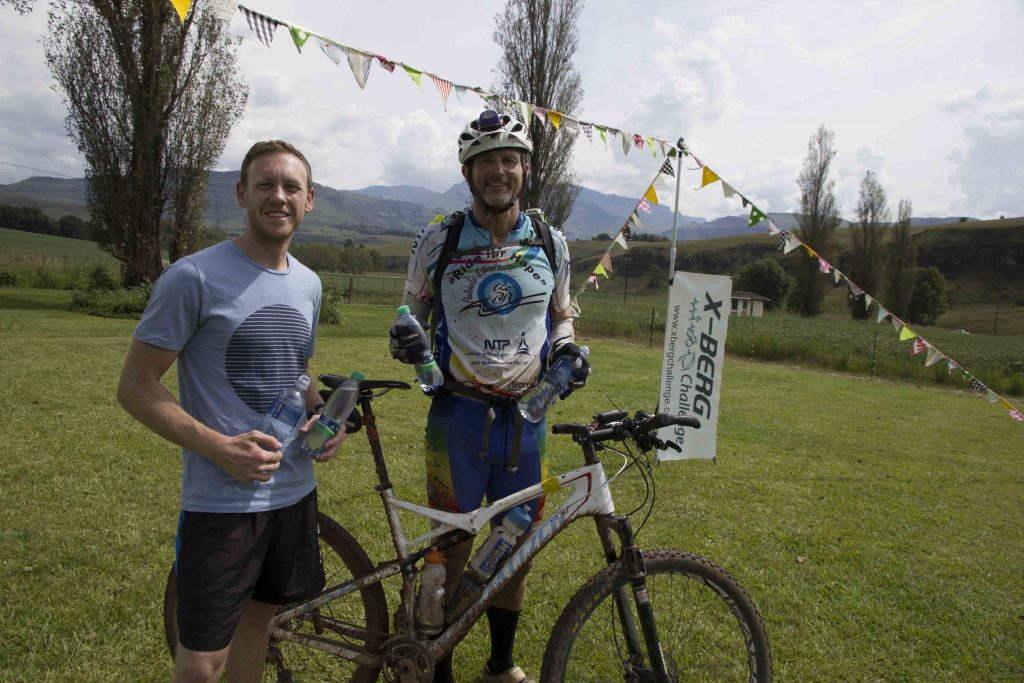 Will you be Chasing the Dragon into 2019's X-Berg Challenge race as a trail runner, mountain biker or paraglider? Extreme 3-day race 20 - 24 March or 2-day mini race 21 - 24 March ? @undesigned_gallivanter

Piers Pirow - Time to go Back

The X-Berg Challenge is a race well suited to adventure racers as it encompasses navigation, extreme conditions, own food and water supply, sleep deprivation, long legs and of course a lot of planning. Having won the event 5 years ago (2013) it seemed time to go back and do another one (2017). Especially as this event is ideal training for future adventure races and I plan to race the 500 km adventure race Expedition Africa in May again.

I knew what we were in for but felt that as I was racing the Double Moon Adventure race the following weekend I wanted to take the soft option and race it as a relay in order for a quick recovery. I also wanted to do it in the fastest possible time and asked my friend and strong adventure racer David Barkhuisen to join me to make a relay team of 2. One thing about a race like the X-Berg is that a lot of the race is in the preparation and selecting good route choices for each discipline is critical. As we had only entered in the last week before the race, there was not much time for this so we quickly decided on a few routes and where to do the changeovers and driving routes to get to Turn Points 1 – 7.  I would MTB from start to TP2 (60 km), David MTB 80 km from Sentinel park (TP2) to TP3 (near Mnweni), I would MTB from there to TP4 (Mikes pass – 58 km), David would run to TP5 and TP6 (Monk’s Cowl car Park) (36 km) and I would MTB the final legs to TP7 (Wonder Valley) to finish at Mt Splendour (26 km).

At 7 am at the Border Post top of Oliviershoek Pass all 25 runners, paragliders, and bikers started the X-Berg 2017. I elected to ride a particular route the first 60 km MTB leg from the start to TP2 (Sentinel car park) while the paragliders ran to the best take off point and the runners ran the shortest routes available, often all in different directions which initially concerned me slightly. This first leg was possibly the toughest but also the most beautiful leg for me as it was a lot of uphill (2,540 m ascent) and I had selected a rather rough route to TP2 with lots of hike-a-biking, mud and long grass without paths - that is until I hit the roads through Phutaditjaba. A jackal joined me for a while heading the same way and I saw large herds of eland, circling vultures, an inquisitive secretary bird, and fantastic bird life.  I was alone till I spotted paragliders and hikers near TP1 – a long hike a bike to the summit of Babangiboni Mt.  Later I punctured my front wheel side wall in 3 places and then as a last straw broke my valve resulting in a long 8 km hike with my flat tyre up to the sentinel car park in a severe thunder storm with scary bolts of lightning leaving me a bit grumpy, wet and tired. Saying this however, our race seemed to have gone well as I got to TP2 in 3rd place just before 2 pm after 6 hrs of racing with only 2 paragliders ahead (making the best of the morning thermals until the storm hit). We quickly swapped over the tracker and David raced down to Mnweni via the Royal Natal Nat Park (athletes on mountain bikes have to push their bikes on certain tracks inside the park per park ruling).

David arrived after a great MTB from TP2 to TP3 via Mahai (80 km) in first place after about 4 and half hours of racing just after 6pm. I again attempted to fix front tyre at Mnweni with a borrowed valve and 3 plugs but tyre eventually gave way a few km down the road. I hurriedly swapped tyres with David and continued cycling into the night from TP3 (Mnweni) to TP4 (Mikes Pass - tough ride up the pass). I arrived perfectly at 22H50 - just before the 11pm forced stop - to camp on top of Mikes Pass for the night - all ready for a 5 am start the next morning for Dave. Dave drove up in his Hilux and we slammed down some hot food, pitched tents and slept.

David left feeling strong at 5am for the long run to TP5 and 6. After a great run leg in 5hr30 from Mikes Pass to Monks Cowl Car park (TP6) (38km)  I biked the  final legs from TP6 to TP7 (JJs house in Wonder Valley - hike a bike, brambles and mud) over an electric fence and then hike-a-biked down a cliff face though gum tree plantations down to forestry roads to Mt Splendour to finish X-Berg first overall and first team at about 2 pm. Pierre Carter (part of the event organising team and participant) arrived next in the evening after a hard slog and some flying to win the solo event. (However, X-Berg race rules does not allow for a re-lay event to be the overall winners due to the fresh-leg element, so Pierre Carter officially won the overall event in 2017.)

We achieved what we had set out to do by winning the relay event by the 2nd day, having had a relatively smooth race. The minor issues of punctures and weather did not really affect our timing and placing as much as it did some of the others.  The obstacles, brambles, electric fences, wrong turns, steep gradients, and rough terrain are all what make it more fun and challenging and are always part of the game. The required kit along with sufficient food and water ensured we never really got cold dehydrated or hungry. To be fair though, being a relay team of 2 made the event much easier than the solo participants. We could recover, rehydrate, eat and re-strategize each time we passed over the tracker. We both finished vowing to be back for the solo event next time. The organisation was slick and sponsors gave every participant great race food and product. This is a special and unique race where all competitors end up as friends. It certainly encompasses the spirit of adventure and comradeship and I always feel privileged to have been a part of it. It seems that almost every participant comes back to do it again. It is a tough race but with the right preparation and training you can certainly tame the dragon.